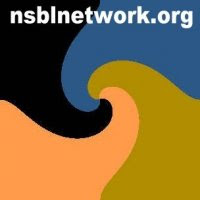 1. The Network shares news from the Keitt, Huggins family.

2. The IMPORTANCE of The Network, Network Participants, Your Opin

4. You are invited to the Network’s 5th Anniversary Networking Party

Words from the heart of the Keitt, Huggins Family:

With deep sorrow, the Huggins and Keitt family is sad to announce the sudden passing of Kevin Lee Keitt on Thursday, September 9, 2010 at the age of 56. He will be greatly missed by all his family and friends. Funeral Services will be forwarded as soon as they are available. If you should have any questions please contact his sister Tavia Huggins at hugginst520@gmail.com.

Network Participants, Your Opinions Are Necessary for the Network to Continue!!

During the next 12 months, the Network will be conducting some important polls. These questions will help us chart our direction for the future and lead us into our activities for CBT X. Help us help you. Part of our important work will be 1. a search for a new name; adopting an appropriate business model; recognizing above average Network Participation. Your next best move is to sign up in our Virtual Office. Whether you are on FB, MySpace, Friendster, etc., the Network's Virtual Office is a hub for Networking with the SU Family. The Signup URL: https://www.officeroam.com//signup/index.asp?ID=3130 Go Orange! Some people think SU was a party school; we want to be known as the premier networking school. When you sign up, we need your cell and your non-business email address. Please include year graduated and major.

We were less than 30 in 2005. Now, we are at 600. By CBT X, we want to show up and network with well over 1,000 signed up network participants. Between FSU, LANSU, the SU Posse, and the SUBLACKBOOK, we current enjoy the ability to instantly reach over 4,000 SU Family members affiliated with the Network. In addition, we have a little over one hundred FraserNet PowerNetwork Friends, who keep in touch with our Network by receiving Happy Friday.

Further, our SU Family activities are broadcast weekly in Central New York and worldwide through the Internet via WPHR-FM aka Power 106.9 (www.power1069.com) on Dr. Rick Wright's six-hour Sunday radio show. Our Network Participants, affiliates, and FraserNet Friends are invited to listen-in and call-in to Dr. Wright’s Old School format radio show to share information with his listeners and the Network. We record all six hours of Dr. Wright’s show, and playback segments with our Network Participants.

We need to make some developmental changes prior to CBT X. If you want to be a part of that process, please sign-up with the Network.

Now more than ever we ask YOU to call in to the Doc! This Sunday Sept. 12, 2010 show how you can Network and share your heart, soul, and voice by Participating with The Network. We want to hear you…The Network can ot move forward without your PARTICIPATION! . . . WWLD? (What would Lee Do?)

You are invited to The Network's 5th Anniversary Networking Party!! 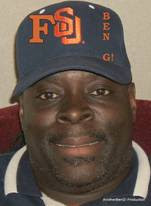 Kevin Lee Keitt was (and still is) one hell of a hard drive. He was driven like no one else I’ve ever known. Even when he was unplugged the energy held on, generated, and patiently waited for him to boot up again…and that was just his mental state. Like a genius at play Lee had ideas running through his mind, many of which that have not come to fruition and others that still live today. Lee was beyond being innovative. LAZY was NOT a word, or action permitted within his creative source. If Lee had an idea about getting something creative done and no one around him was doing it….Lee wondered why? And asked why not? He proceeded to get it done by all means necessary.

I was Lee’s software. Lee was my hard drive. Together we pushed each other’s imagination to bring forth a simple answer to a very simple question…Why not?... And Because! During the Syracuse University Black and Latino alumni reunion (Coming Back Together-CBT 8) in 2005, Lee and I met and shared how we really enjoyed that networking between, alumni, students, and faculty. We continued to talk about duplicating the excitement, the energy, and access to alumni through networking. One week later Lee had answered both of our questions…Why isn’t the CBT experience continued outside of the Syracuse campus (why not?)?..Because?...No one wanted to devote their time and expertise to a potential rich resource.

Lee’s sudden passing has ripped a hole through my fabric of reality. In computer terms, I have lost some of my top software and damaged my hardware. Now my computer turns on but I must try to retrieve some of my sacred files, primary software, and create the great mosaic that took 5 years to build.

The reality is…physically Lee has moved on but spiritually, mentally, and holistically he has touched all of us and now we are truly, THE NETWORK.

On Friday September 17, 2010 The Network invites you to celebrate its 5th Anniversary. It is a Networking Party celebrating the life of Lee Keitt, and the Ongoing Movement of The Network.

Posted by AnotherBenG at 12:45 PM No comments: